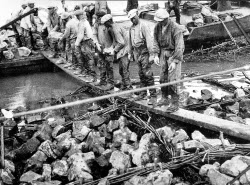 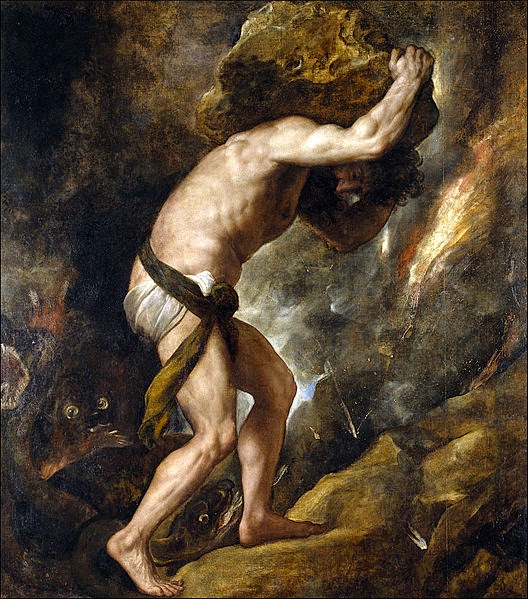 ON THE ART OF LIFTING HEAVY STONES

During the year of 1929, Ivens received an invitation to show his films and to lecture at the club house of the Metro construction workers in Moscow. After having shown Zuiderzee, a worker stood up from the audience and confronted him: "You say you are from the middle class, yet the film we have seen was surely made with the eyes of a worker. I know, because it is exactly the way i see the work. So, either you are a liar and bought the film in Holland from somebody or else you are a worker pretending to be from the middle class - and that is certainly not necessary here in a worker's and peasant state,". Ivens took it as a higher compliment and asked him, "Where in my film do you see the work shown exactly as you see it?"
"Several places," he said, "especially in that heavy stone work on the dike. I have done that kind of work."
"I see what you mean. I can explain how i filmed that sequence. I could not find the right angle of my camera on this stone work. So i started watching the work to see how it begins, how it ends, what its rithym is; but still a could not find my camera angle. Then i tried to move the heavy basalt stones myself because i thought it would be valuable to get the actual feel of the work before filming it. I soon became exhausted because i wasn't used to the work, but i found out what i wanted to know (...)"

Quotations taken from The Camera and I (Seven Seas Books, Berlin, 1969)

MODERN WAR AND THE RUINS OF TIME

Modern war is based on such qualities as distance and speed. Filmmaking, on the other side, is all about patience and “getting closer” - or, at least, trying to find a fair spot (both physically and morally) between us and the ones which are being filmed. So, how can both filmmaking and modern war get along together? The question raised presupposes two possible answers, but we already know that only one of them is right: modern war is no business for filmmakers. Having said this, we can only assume the heavy conscience of being rather too late (most likely) or too soon, but never on time… It might even be possible that the work of filmmakers concerning modern war relies only on the aspect of ruins, which means providing a trace of a trace and never the actual happening.

Would it be possible nowadays to make an honest film like The Spanish Earth based on an actual conflict? Unfortunately, I’m afraid we can only expect something like Germany, Year Zero (which is being far too optimistic, by the way).

«(...)Then it is not enough for the documentarist to show what is happening. As a participant he is able to understand and to show why it is hapenning and what for. This approach generates new forms of expression, new styles, new techniques. New methods of work have led to collective direction in some instances.
Film makers have also to take into account the considerable change in the reaction of the public to their work. The intensive political changes mentioned above have stimulated a need and a demand on the part of public for political films, fiction as well as documentary.»