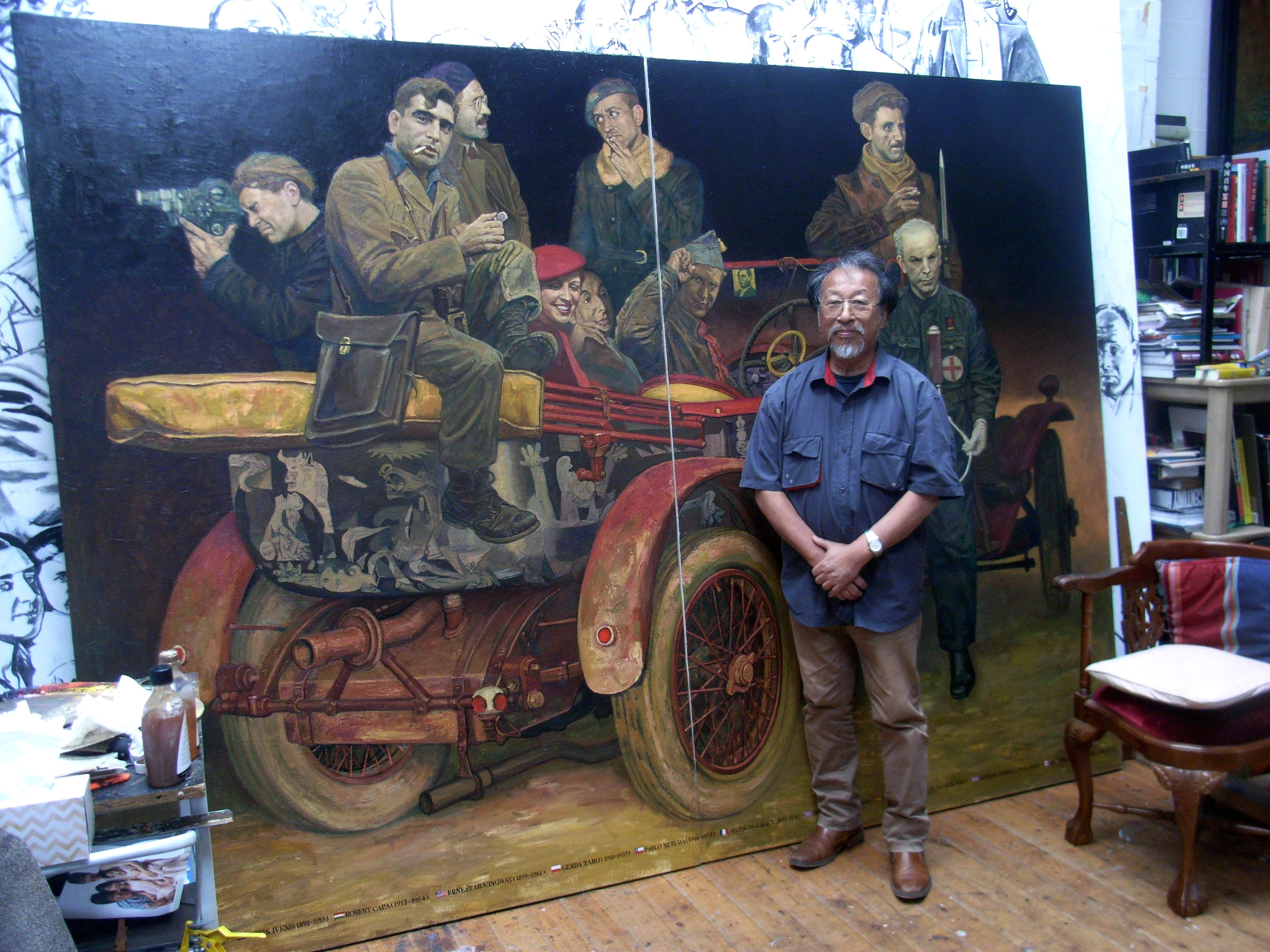 Shen Jiawei in front of the painting Spain 1937 in his studio in Bundeena, Australia, October 2018. Copyright photo Mark van Loon.

Mark van Loon, editor and webmaster of the very popular local historical website Noviomagus.nl, visited Shen Jiawei twice in his studio in Bundeena, a village near the coast in the southern area of Sydney. Shen Jiawei is specialized in creating very realistic portraits as well as large tableaux  with well-known historical figures. His painting about the Spanish Civil War shows a group of engaged artists and writers, which he placed  with a playful touch seated in a car with Picasso's renowned painting Guernica on the coachwork. From left to right we can decipher Joris Ivens.with a film camera (The Netherlands), photographer Robert Capa (Hungary), novelist Ernest Hemingway (USA), photographer Gerda Taro (Germany), diplomat and writer Pablo Neruda (Chile), novelist and politician André Malraux (France), poet Julian Bell (UK), a photo on the window of poet and playwright Federico Garcia Lorca (Spain), novelist George Orwell (UK and medical doctor Norma Bethune (Canada). 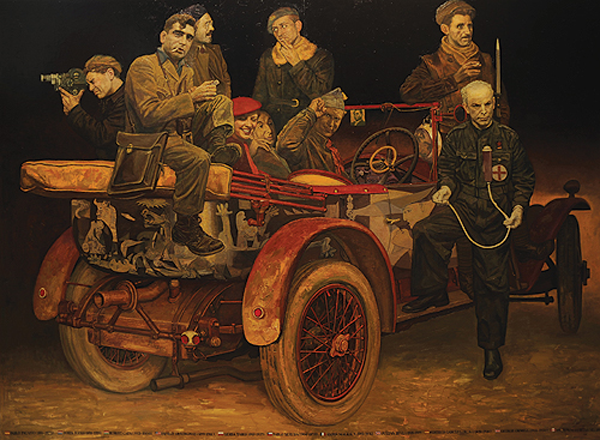 Shen Jiawei (b. 1948) was a member of the Shanghai Red Guard, made history paintings for the Chinese government and studied at the Central Academy of Fine Arts in Beijing before he was constrained to leave China because of a painting he made depicting heroes of the Chinese nationalist movement. He arrived in Australia in 1989, and spent three years drawing portraits at Darling Harbour. He has since become a regular Archibald finalist, and has painted commissions of Crown Princess Mary of Denmark, Tom Hughes QC and L Gordon Darling AC CMG for the National Portrait Gallery. 'There are two sides to my work,' he explains. 'When I came here I was nothing . . . so any commission was very exciting. But for a long time now, I've been interested in making paintings that show the big things: the world, history, great men.' To make a picture such as The Third World 2002, depicting 92 identifiable contemporary and historical figures, he spends months in the library, as well as in his studio south of Sydney. He has no plans to return to China, commenting that 'When I go back I see the worst of communism and the worst of capitalism.'