.A surprise after seven decades

This is his story. ‘My father, Jean Gratecap, died in October 1955, half a year after I was born. Afterwards my mother and my two older sisters aged 6 and 7 went to live with my maternal grandparents near Angoulême. Around the age of 12, I discovered a letter from Jean's mother designating me as an illegitimate child. I kept that weight for a long time for myself alone. Several events during my life reopened the wound or rekindled my doubts, until at the end of 2020, on the advice and support of my wife Marie, I let genetic tests be done by myself and one of my sisters. These gave me a partial answer: we didn't have the same father.

My mother, who is 96 years of age and still alive, explained to me that she had turned away from her married life at a time when Jean had made it very complicated. Georges Émon was probably my father, but as he had always claimed to be infertile (he never had children with his wife), my mother was extremely surprised.
My research first allowed me to locate four of Georges' little nephews and one of his nieces. I contacted them all and I was particularly well received by one of them, Pierre D. He told me about his family, gave me photos, and supreme favour, did a genetic test which verified our relationship, and which validated Georges as my biological father. Georges was born in 1915 and died in 2010, but I never met him and he was never aware of my existence. 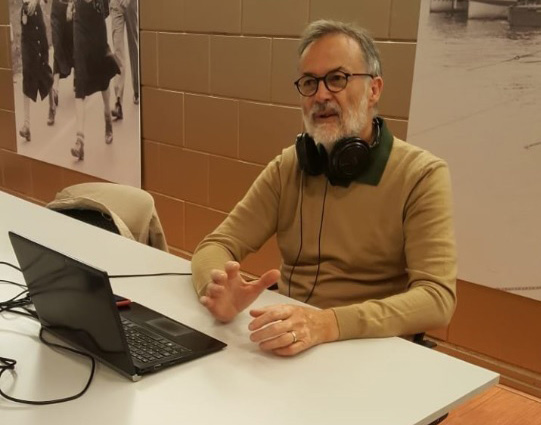 Jean-Pierre Gratecap-Émon at the Ivens Archives, Nijmegen, 30 May 2022.

Further research led me to his career and whereabouts. He was a railway worker (SNCF), a very active militant in the union (CGT) and the Communist Party (PCF). He came close to beating a debuting Jacques Chirac in the legislative elections of the Corrèze in 1967 (49,27% versus 50,93%).
Georges Émon was in Charente departmental secretary of the Mouvement de la paix (Peace Mouvement, the French branch of the World Council for Peace). In 1950 he joined the French delegation to the second World Peace Congress in Warsaw. This international meeting was originally scheduled for Sheffield, a symbolic place, because this English city had suffered enormously by the bombing of the Luftwaffe in December 1940. However the British authorities refused visas to many delegates and the Congress was forced to move to Warsaw at the last moment. This congress was filmed by Joris Ivens in Peace Will Win (1951).
I learned to admire and love this father, which I never met, committed he was until the end of his life, but I missed seeing him ‘in motion’ terribly.
The Joris Ivens Foundation opened the doors and I was able to watch a German version of the film, a film that cannot be viewed elsewhere. At least not in France, where a too vulnerable copy is being kept in the Center National du Cinéma français (CNC) vaults. I am extremely grateful to the Ivens foundation that I’ve got the opportunity to watch the film.
And there he was, alive and kicking. The cameraman stopped twice on the face of Georges, although not entirely, and I see him in all 1 second being attentive or clapping. My father winks at me 72 years later.
I undertook a long process to also bear his name, and to call myself Jean-Pierre Gratecap-Émon.
I went to the end of my quest, and the confirmation of my illegitimacy accompanied by the discovery of a remarkable father liberated and calmed me.

And now a new gift is given to me: a Polish film archive will provide me of an even longer version of Ivens’ film, which maybe presents new footage of my real father’. 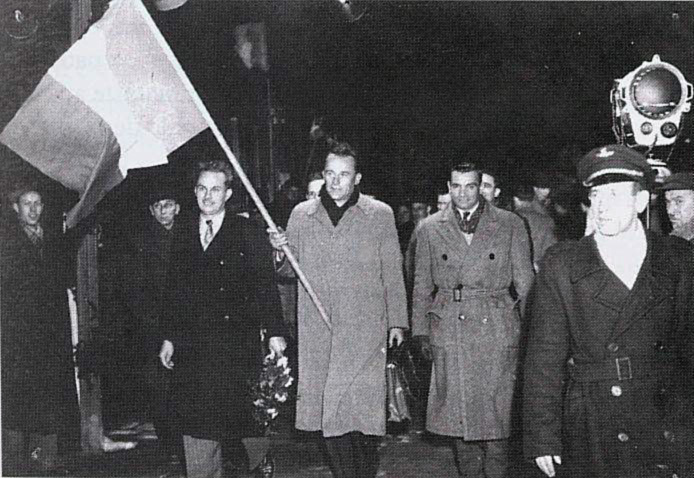 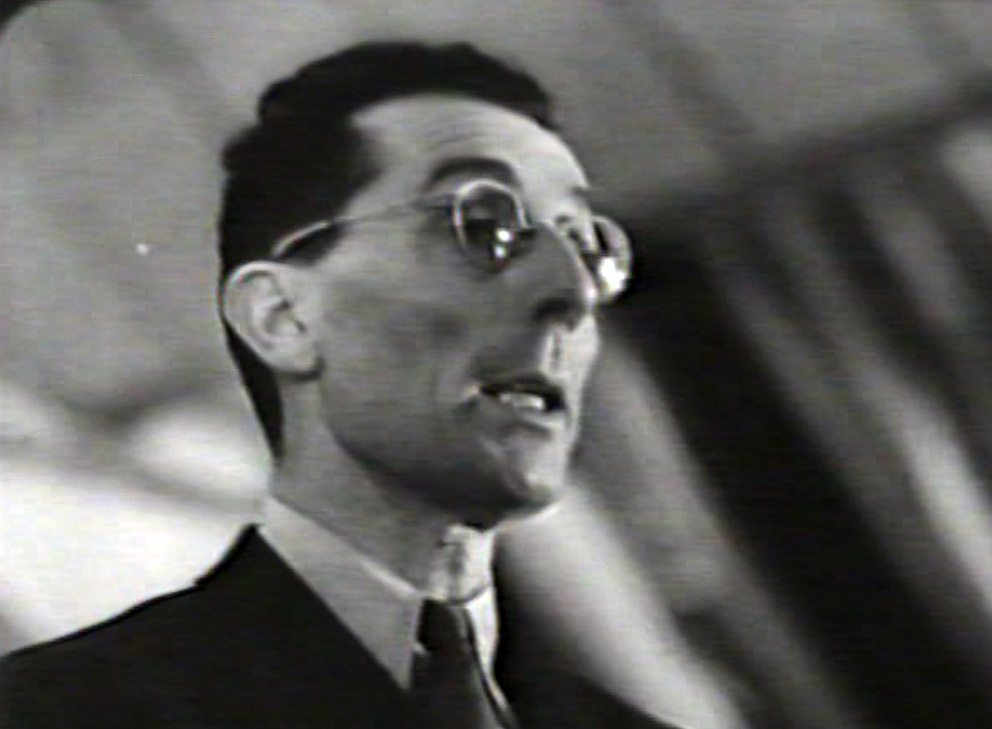 Joris Ivens, filmstill from Peace Will Win: Jean Frédéric Joliot-Curie, French physicist and Nobel Prize Winner (together with his wife Irene Joliot-Curie), speaking during the Peace Congress, which he presided.