On Monday May 28th the VietNam Film Institute presented a new documentary film about Ivens in VietNam at the occassion of a ceremony in Nijmegen celebrating 50 years of solidarity between Nijmegen and VietNam. Mrs. Ngo Thi Hoa, Ambassador of VietNam in The Hague, Mr. Hubert Bruls, mayor of Nijmegen, and activists from the 1960s and 70s supporting VietNam, attended this meeting. The theme 'Looking back for a better future' was illustrated with specialists presenting innovative technologies from Nijmegen in nowadays projects in Vietnam.

Fifty years ago, in 1968, the American war in Viet Nam was intensified, it was the year of the massacre of My Lai as well as the TET-offensive. In Western countries the anti-war movement demonstrated on the streets, in May '68 the cultural revolution exploded in France and elsewhere. On 5 March the documentary Le 17e paralelle, made by Joris Ivens and Marceline Loridan-Ivens, was launched in Paris. In this long documentary Western audiences were catipulted into the agricultural world of Vinh Linh  near the Ben Hai river, the so-called De-Militarized Zone (DMZ) between North- and Sout Vietnam, which became to most bombed area of the battle field. Ivens and his wife lived underground like the local population and showed how they survived the continous attacks by the superior air crafts of the USA air force.
In the same year 1968 in The Netherlands the Medical Committee Netherlands VietNam was founded, raising money for medicins and a hospital. Ivens himself started a fund raising campaign in West-European cities for sending film editing tables to Hanoi. In Nijmegen, both in and outside the university, various groups were involved in a range of activities. Jane Fonda visited Nijmegen, the minister of health of the provisional government of South-Vietnam as well as Vietnamese doctors and professors in medicine. A large exchange program was initiated of students in medicine.

Since 2016 the European Foundation Joris Ivens and the VietNam Film Institute (VFI) established a partnership. It resulted in working visits vice versa, a ceremony in October 2017 of transfer of Dutch solidarity films to the VFI, a lecture tour in May 2018 in Hanoi and Ho Chi Minh City and this ceremony in Nijmegen. We are  preparing a seminar in November with international film scholars in Hanoi, two books, a catalogue and two documentary films for VietNamese television. 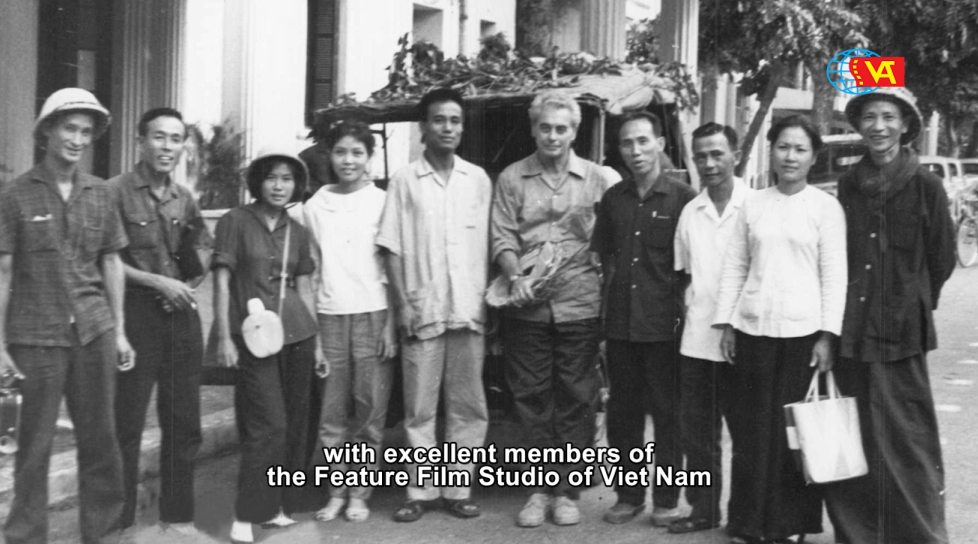