On 19 October a special ceremony at the Vietnam Film Institute (VFI) celibrated the transfer of solidarity films from The Netherlands to Vietnam. The films derive from the collections of the Medical Committee Netherlands-Vietnam and the Ivens Foundation. The ceremony, about which an item was broadcasted by national TV News, had been attended by  Mr. Vuong Duy Bien, Vice Minister of Culture, Sport and Tourism, Mrs. Nienke Trooster, Ambassador of the Netherlands in Vietnam, Mr. Vu Nguyen Hung,  Director of Vietnam Film Institute, Mr Guus Paardekooper, Director Medical Committee Netherlands-Vietnam, Mrs. Xian Phuong (assistant during the Ivens films) and Ad Spijkers, advisor of the Ivens Foundation. This event marked a next step in the partnership between the VFI an dth eIvens Foundation, which will result in an Ivens-Conference in November 2018. 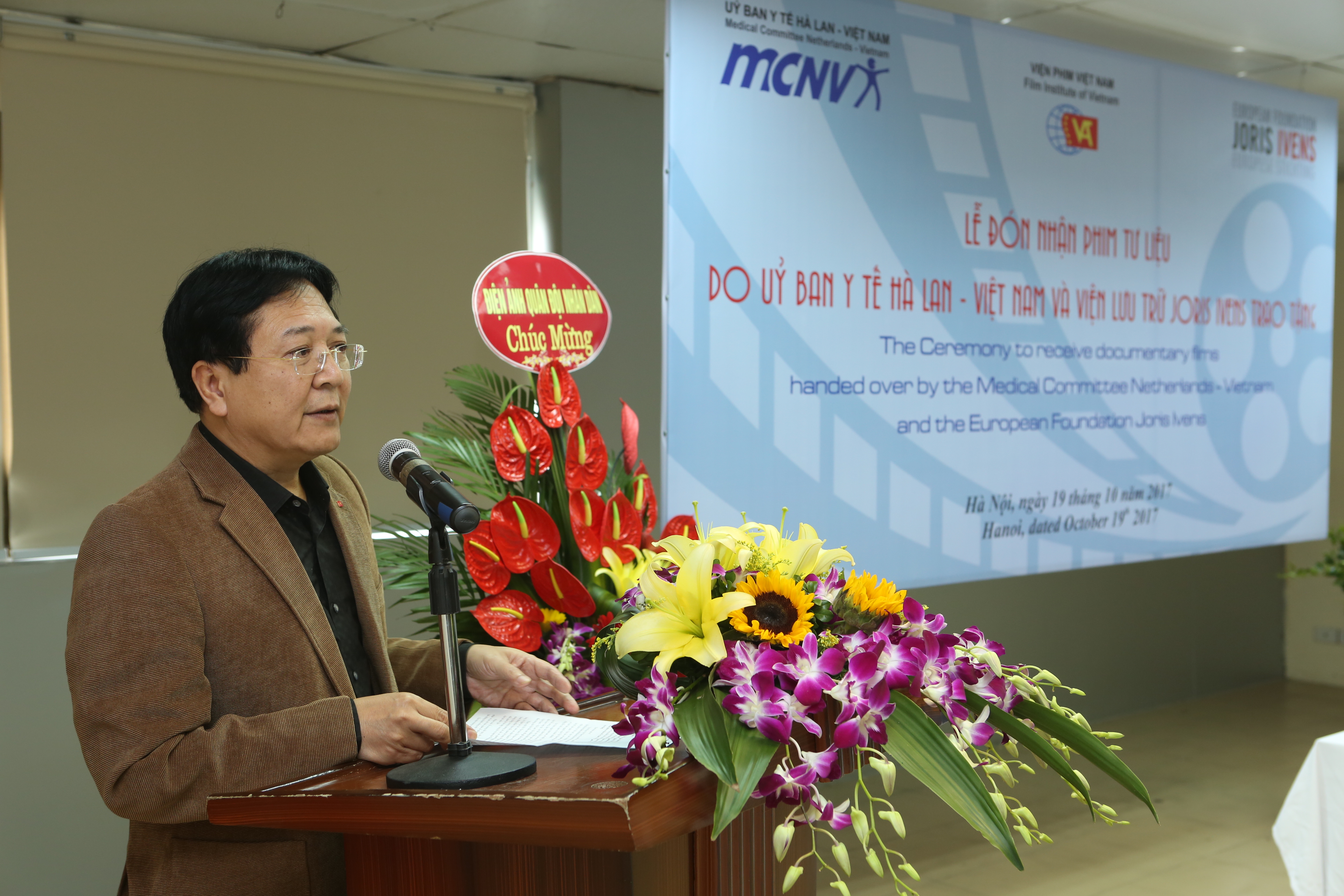 Mr. Vuong Duy Bien, Vice Minister of Culture, Sport and Tourism during his speech at the occassion of the film transfer. 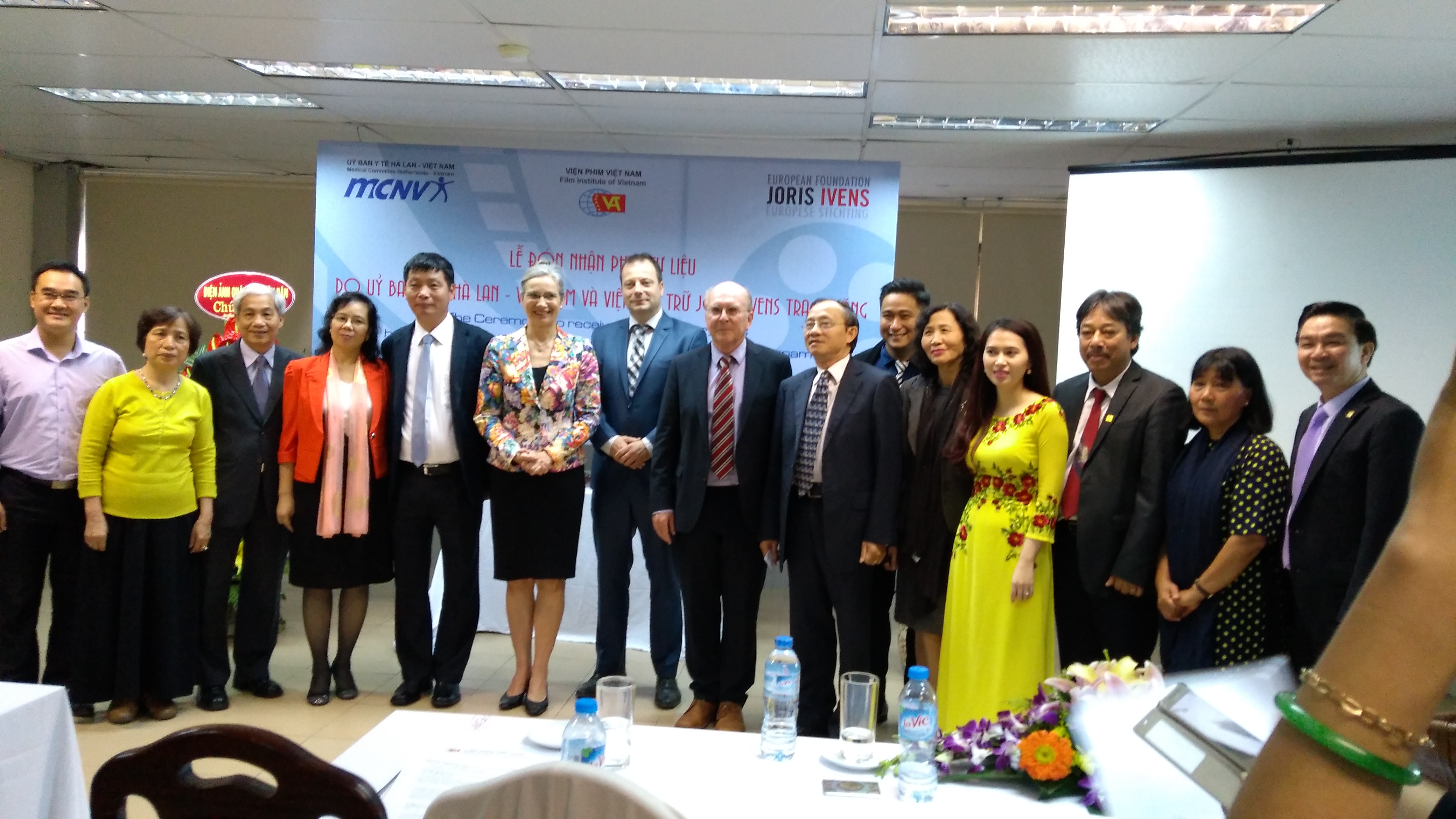 A complete picture of different representatives: Director VFI, the Dutch Ambassador, Director MCNV, Representative EFJI, Former Director VFI, members of the friendship association Vietnam – the Netherlands, the staff of the VFI and others present at the ceremony. 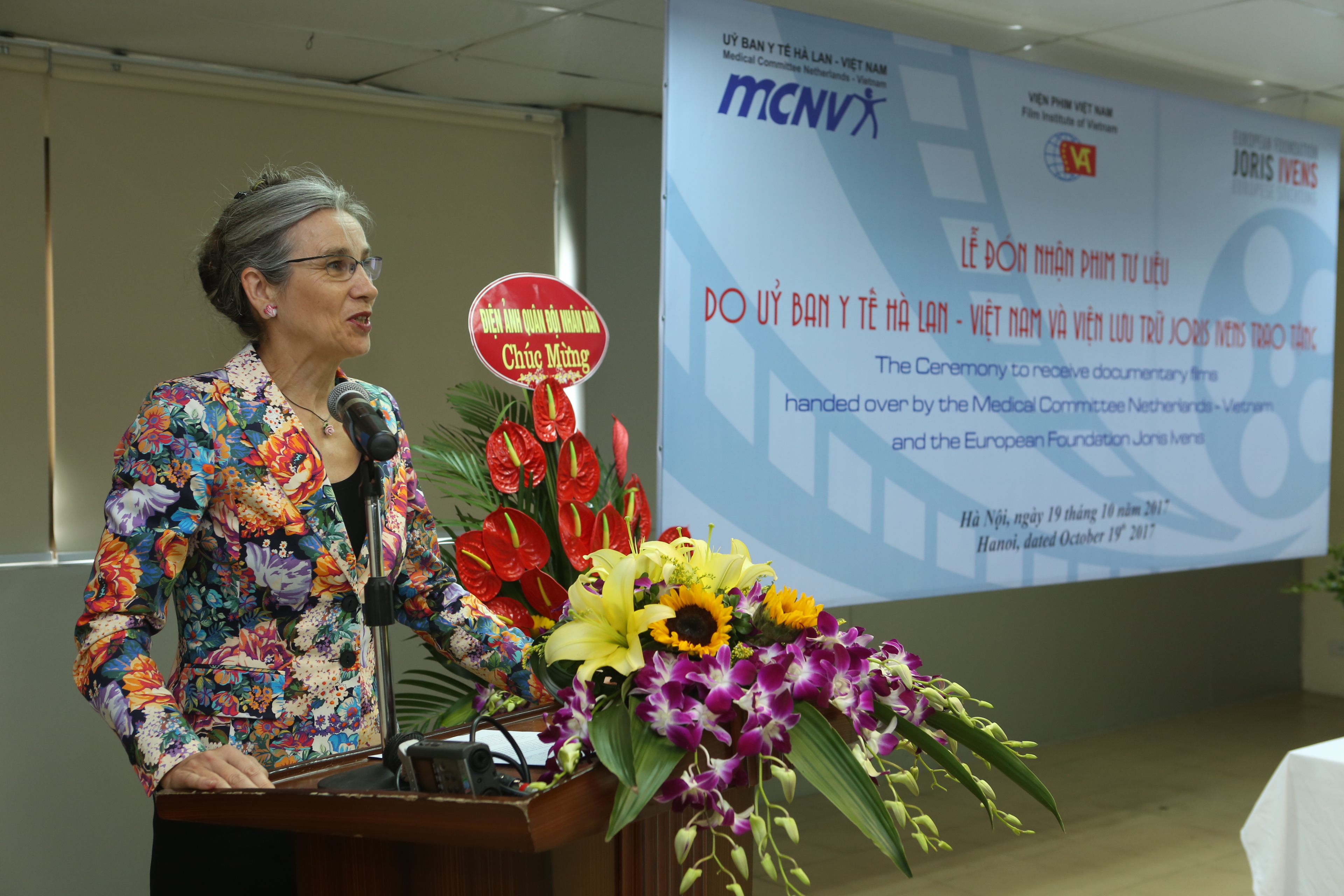 Mrs. Nienke Trooster, Dutch Ambassador in Vietnam, during her speech of the ceremony. 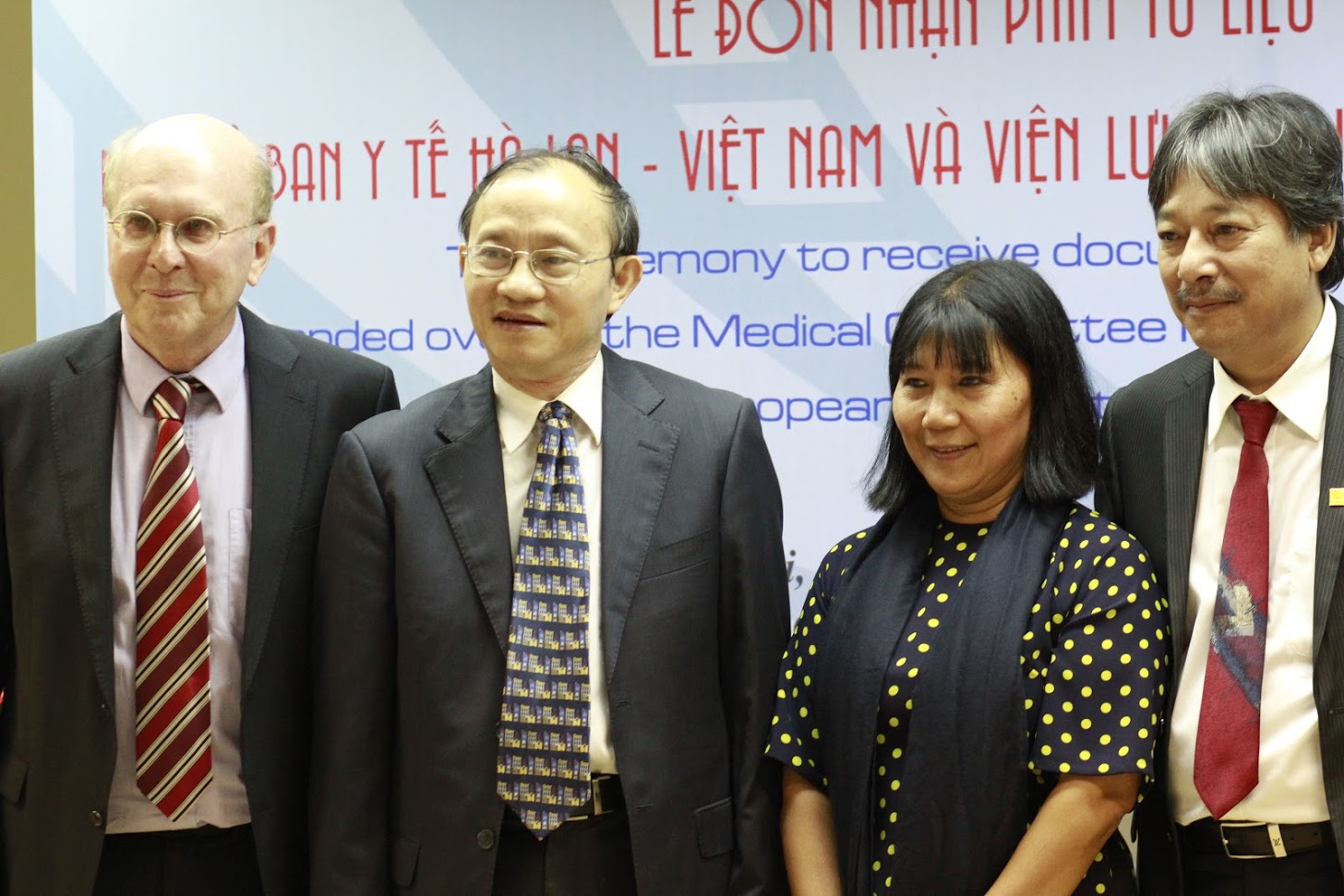 Mr. Adrian Spijkers, the former Vietnamese Ambassador to The Hague in the Netherlands, Mrs. Loc Nanh and Mr. Mr. Dao Quoc Hung, former director of the national film archive, who initiated the partnership in 2015.

The News item on VTV:
https://youtu.be/9ZE-F0JSb7I 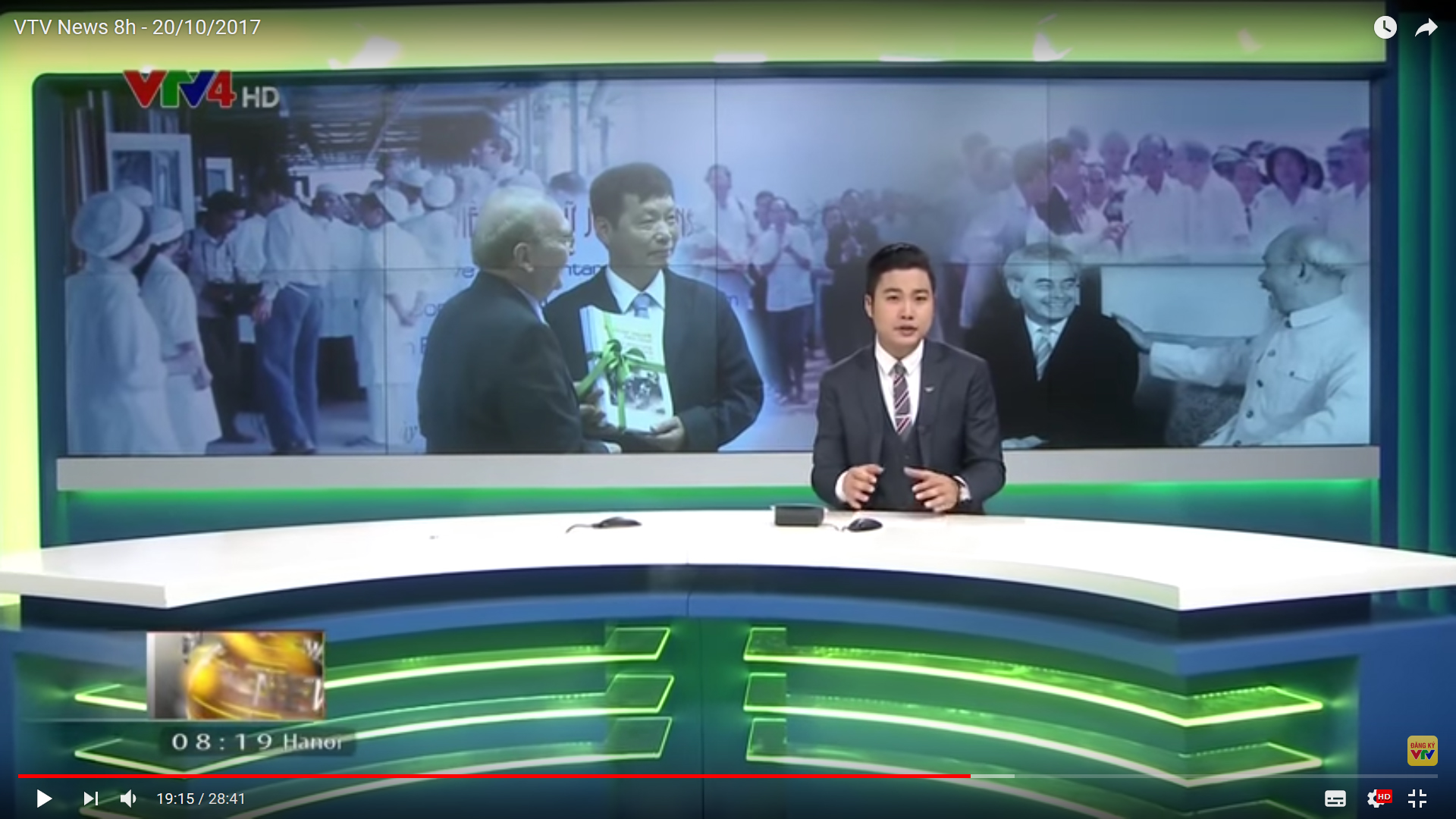 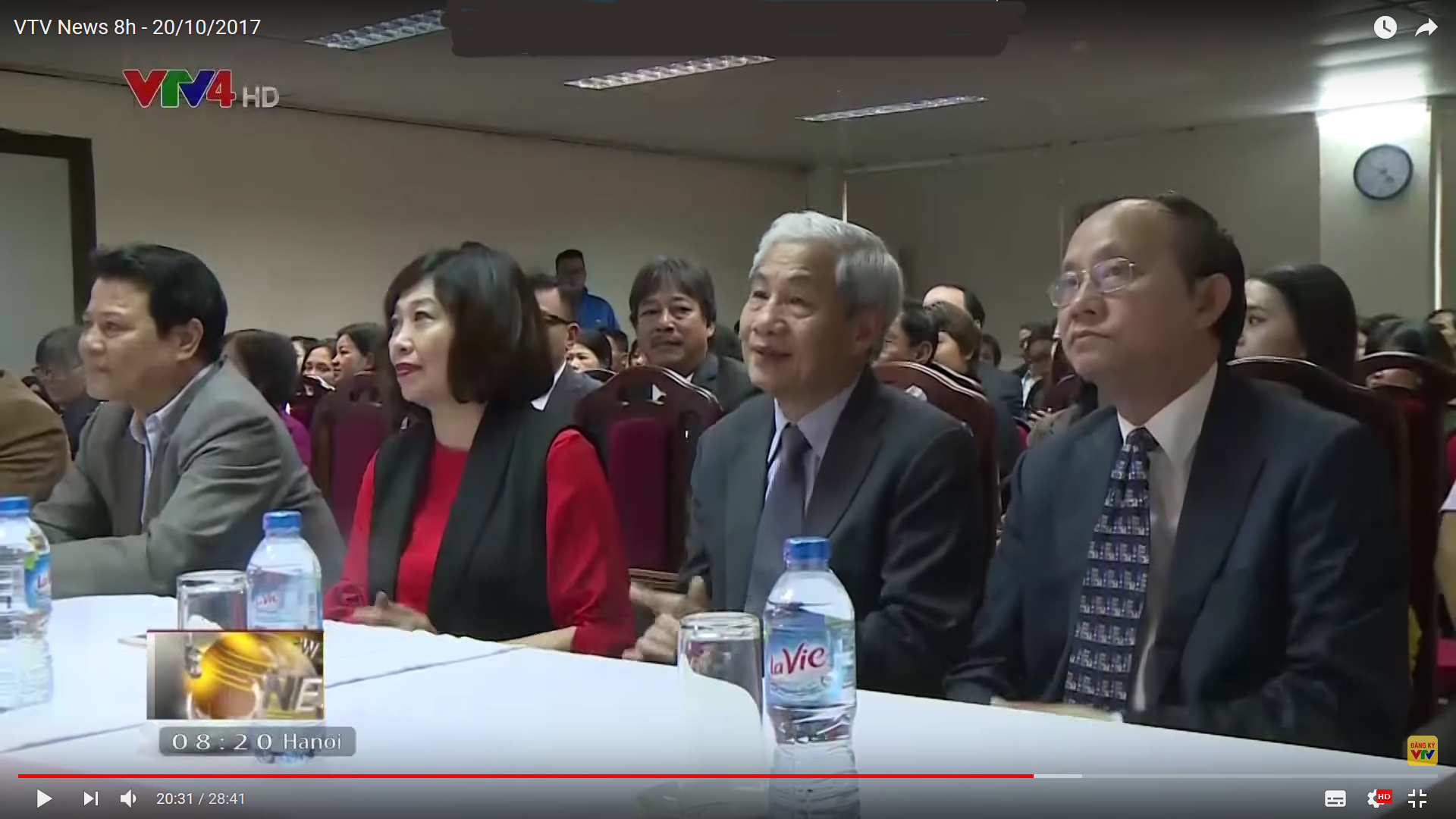