Lawyer Jean Fonteyne, passionate amateur filmmaker, made two documentaries about the miners strike in the Borinage at the beginning of the 1930’s. He also shot unique footage of Joris Ivens and his Belgian colleague Henri Storck filming their documentary Borinage (1934). On local television (TéléMB Mons Borinage) a grandson of Fonteyne, Jean Lemaitre, tells about the importance of Fonteyne. Thanks to this also excerpts with this unique footage can be seen on-line.

Jean Fonteyne accompanied Joris Ivens and Henri Storck from the very first moment, on 19 September 1933, they visited Borinage intending to make a film on the miserable situation of the miners after the strike in 1932. Because of his function as a lawyer in Brussels of the Workers International Relief Jean Fonteyne had defended miners of the Walloon coal area before court. He knew the region well and became an experienced guide for the filmmakers. On 9 July of the same year he already had shot  the impressive commemoration of the death of a young miner Louis Tayenne in his film Manifestation pour Tayenne (1933). This film is being considered the first social documentary of Belgium and had an defining impact on Storck. Next to the brochure of doctor Paul Hennebert about the famine, poverty, poor housing and unhealthy situation due to unemployement it was this film which influenced Henri Storck to travel to the Borinage and shoot the miners families, together with Ivens. For four years long Fonteyne registered on film what he saw and experienced during his visits to the Borinage and edited the footage into Autour du Borinage (1936). Thanks to his spontaneous way of filmmaking the footage provides an authentic and impressive image of the misery caused by the harsh policy of the owners of the mines.  Next to Ivens and Storck also footage of French writer André Gide and his nephew Yves Allégret can be seen. 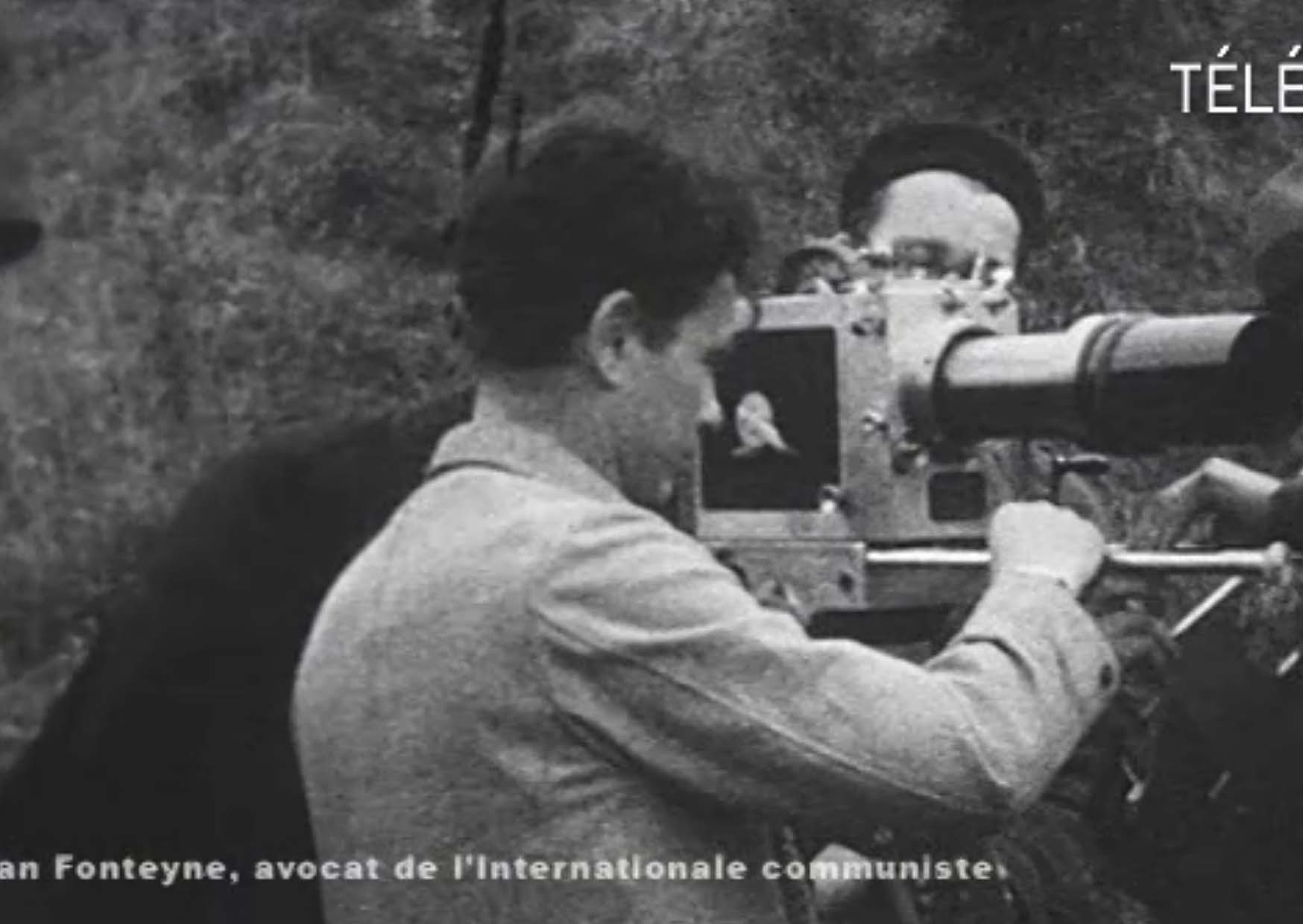 Film still from the documentary on Jean Fonteyne by TéléMB, with the footage of Fonteyne's Autour du Borinage (1936): Joris Ivens and Henri Storck filming Borinage (1934)