75 years ago, on 17 August 1945, Indonesia declared its independence as a nation. In support of the young republic Joris Ivens filmed in October and November 1945 the boycot actions of maritime workers (the Black Armada) from various nationalities in the harbour of Sydney: Indonesia Calling. On August 26th 2020 the Indonesian ambassador opened in the National Maritime Museum of Australia, situated on Sydney's waterfront, an on-line exhibition about the relationship between Australia, Indonesia and The Netherlands.

SS Moreton Bay was one of the vessels chartered by the Dutch government-in-exile that was affected by the waterside workers black bans. ANMM Collection

During the past three years the travelling exhibition Black Armada /Hiram Armada about the boycot actions of waterfront workers in Australia in support of the Republic of Indonesia was presented in seven cities such as Sydney, Yogyakarta, Djakarta, Surabaya, Makassar and Denpasar. Now the physical exhibition is over, the on-line exhibition of the National Maritime Museum of Australia keeps the story and personal testimonies alive, both in English and in bahasa Indonesia. See:
https://www.sea.museum/2015/08/17/black-armada/
and
https://www.sea.museum/whats-on/exhibitions/two-nations

The fact that the film pamphlet Indonesia Calling, made by Joris Ivens in October and November 1945, assisted by Marion Michelle and Katherin Duncan, wasn't banned in Australia had to do with the policy of prime-minster Chifley of the Labour party. While the Dutch government fooled the Australian government by using mercy-ships with munition to leave from Australian harbours and start a war in Indonesia, Chifley stood firm in defending the priciples of the Atlantic Charter. He was in favor of a policy in which a new balance in the region between Australia and the young republic could be based on good neighbourship. 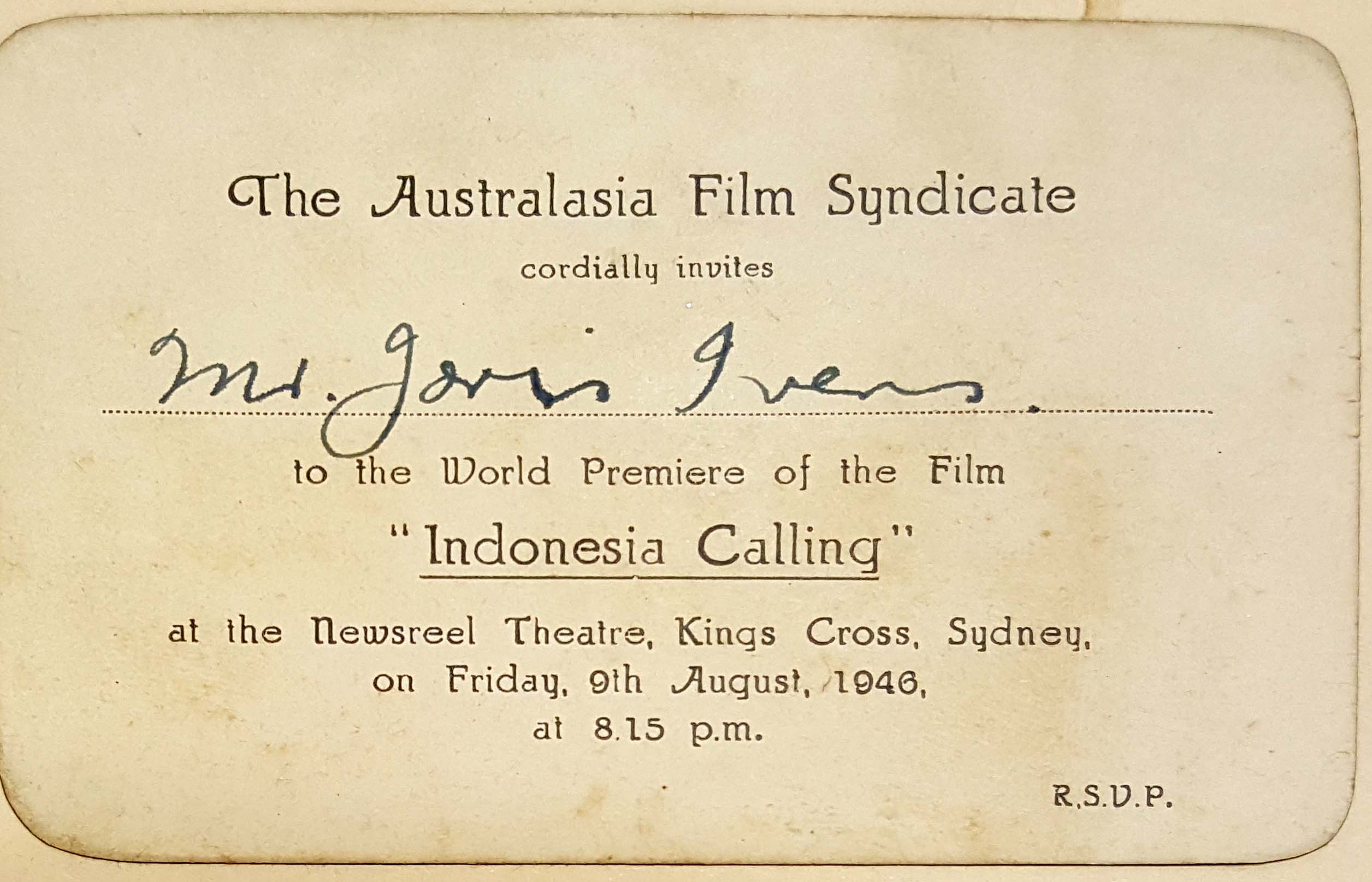 From the initial actions of maritime workers who boycotted Dutch ships returning to re-colonise Indonesia after World War II, to Australia co-sponsoring the admission of Indonesia to the United Nations in 1950, the bonds between the two nations were both personal and political. This is also the story of Indonesians who came to Australia during World War II and met and married Australians. Indonesia Calling is not only a film about 'The ships that didn't sail', it is also a film about an Australian society in which people from various countries and with various religious and political backgrounds can live together in harmony. One of the characters of Indonesia Calling is the Chinese Arthur Gar Lock Chang, one of the activists supporting the boycot actions and demonstrations. His story is important to understand the context of the film and conflict and how world politics at large affected individual lives of people. See: https://www.sea.museum/2015/08/17/black-armada/arthur-gar-lock-chang-19212016 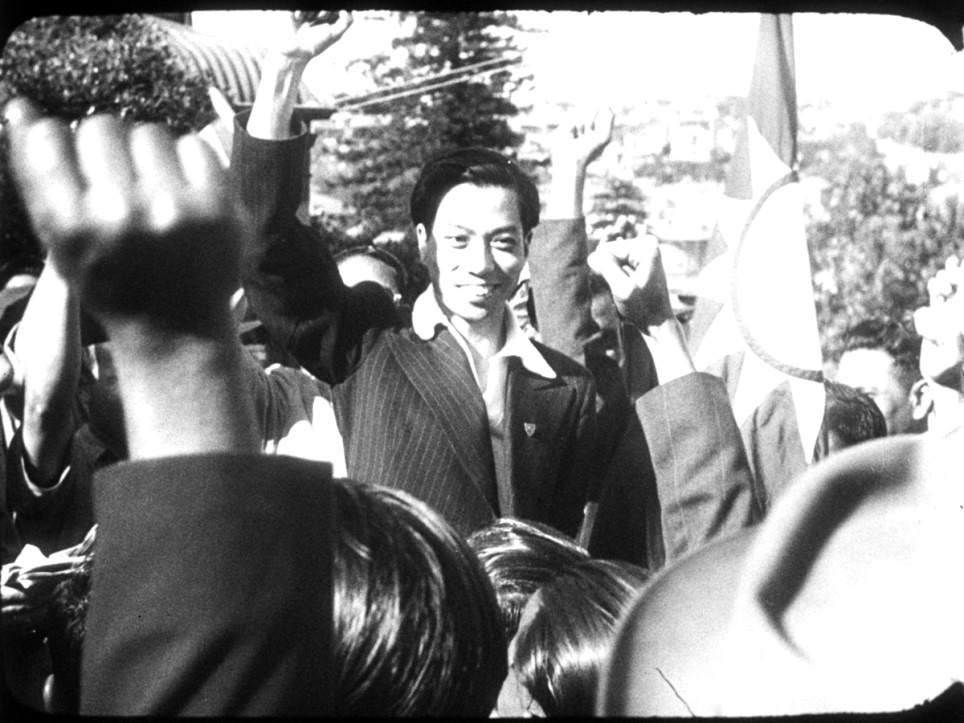 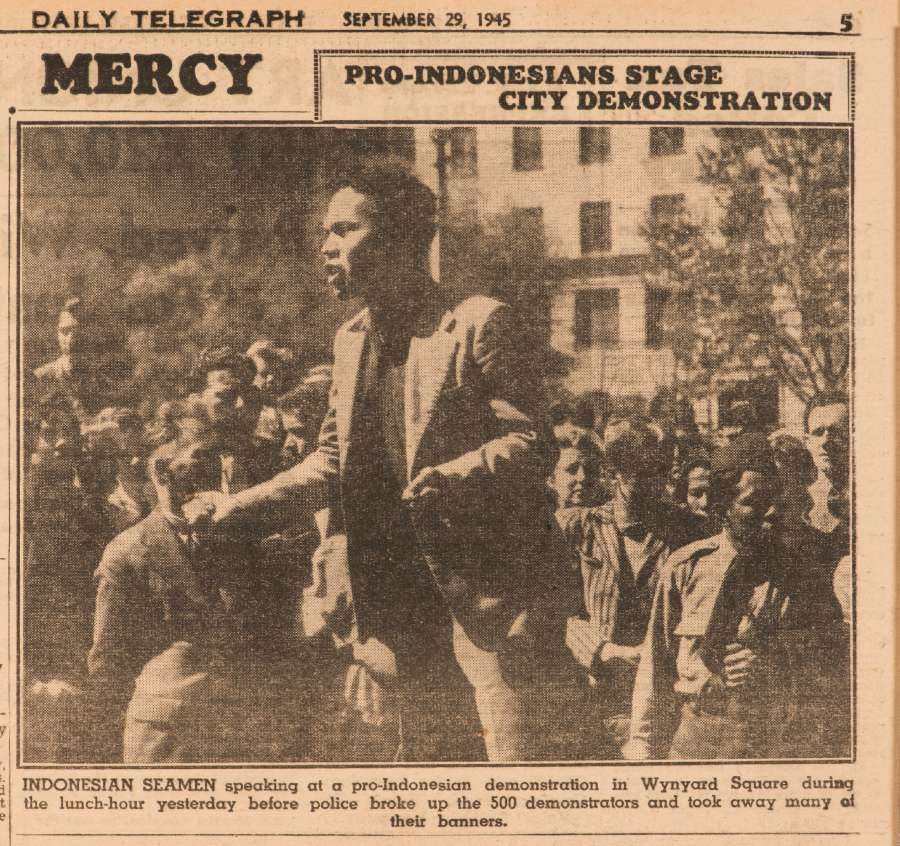 The online exhibition highlights the stories of a period where Indonesia’s first Prime Minister addressed Australians in a speech in 1945 saying ‘you are all my friends’. The exhibition contains historical images, videos and documents sourced from the Australian National Maritime Museum and other archives and collections, as well as personal accounts and research by historians.

Two Nations – A Friendship is Born will be a valuable, accessible and lasting online resource for all – both Indonesians and Australians – to understand an important period of shared histories. 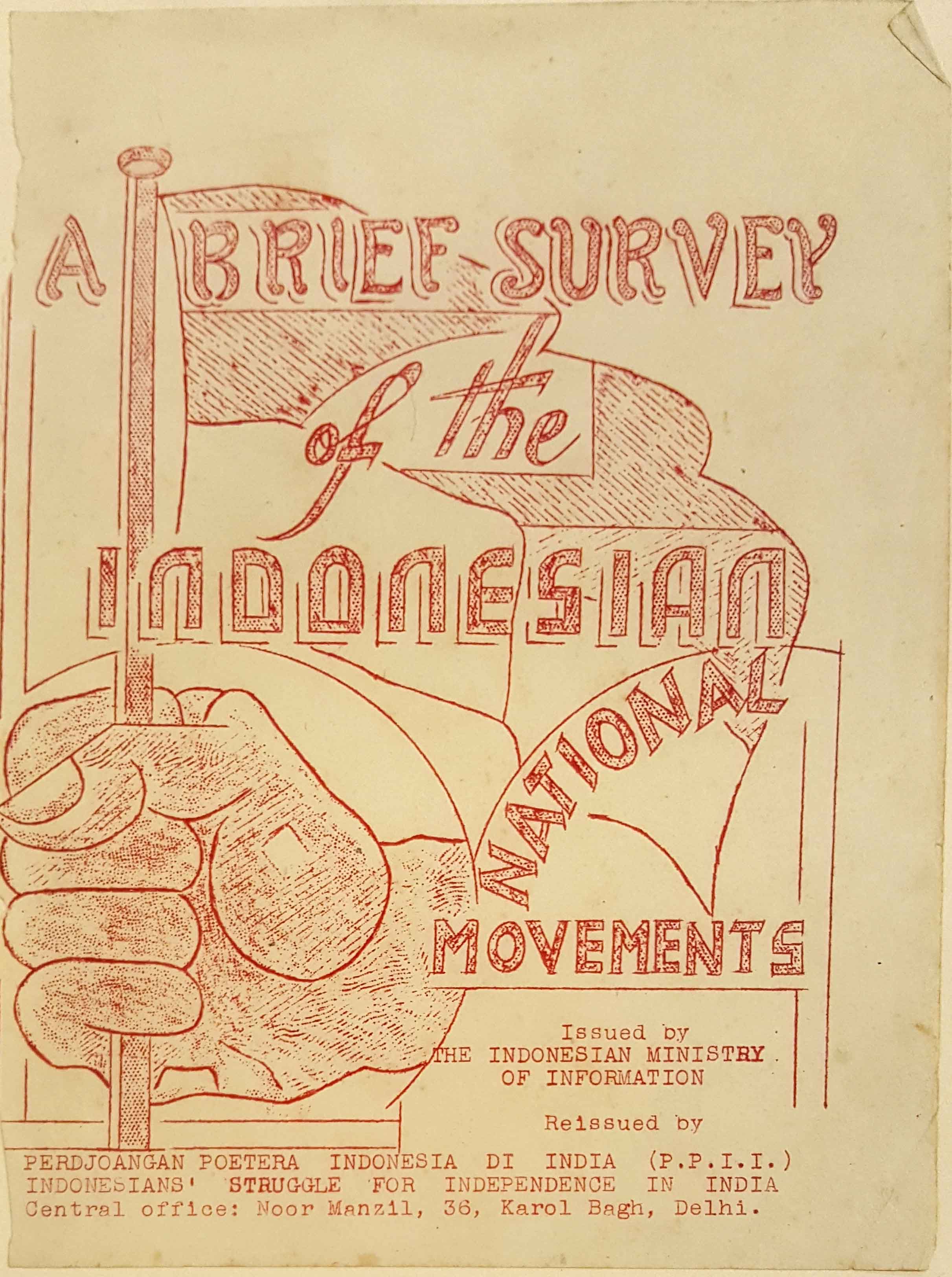 The Black Armada exhibition was first produced by the Australian National Maritime Museum in 2015 for the 70th anniversary of Indonesia’s declaration of independence in association with the Australia-Indonesia Institute of the Department of Foreign Affairs and Trade and the Embassy of The Republic of Indonesia, Canberra.

Two Nations: A friendship is born was curated by Dr Stephen Gapps of the Australian National Maritime Museum with the assistance of Sulis Indiarto and Lydia Trotter from the Australian Embassy Jakarta, to highlight the 70th anniversary of Australian and Indonesian diplomatic relations in 2019.

This online resource was launched on 26 August 2020 by Australia's Ambassador to Indonesia Gary Quinlan AO to help commemorate Indonesia's 75th year of independence. 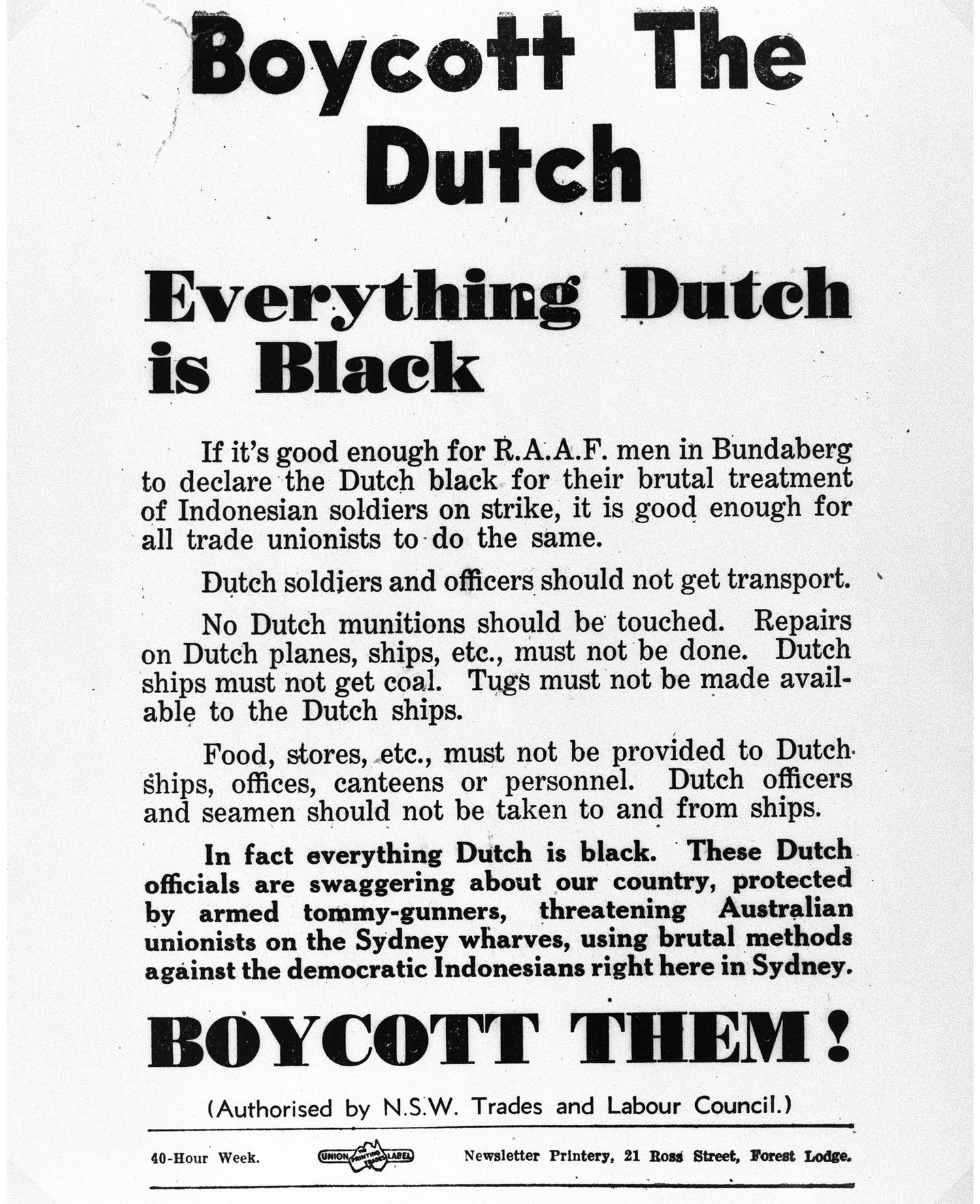