The Vietnamese goverment -the certificate is signed by president Nguyễn Phú Trọng- awards Ivens because of his solidarity and help during the harsh years of war, for re-unification and peace. With his Vietnam films Ivens showed the Western countries the atrocities in the former French colony after the USA started their military interventions. In June 1965 Joris Ivens met president Ho Chi Minh, the film footage of this meeting was included in the documentary film Le ciel, la terre (The Threatening Sky, 1966). Later on Ivens asked Ho Chi Minh personally to enter and film the most heavy bombed area of Vietnam, in Vinh Linh at the demarcation line, the 17th Parallel, to film daily life of the population. They stayed two months, partly undergound in tunnels. This acclaim against the Amrican War, entitled Loin de Vietnam (Far from Vietnam, 1967), was a collective work with the contribution of Godard, Varda, Resnais, Klein, Ivens en Lelouch. In May 1968 Ivens asked in a letter to Ho Chi Minh whether he could agree with a film portrait about him in his daily life, without protocol. This idea never went beyond a short reportage of a visit of soldiers from the Khe Sanh front to Ho Chi Minh and prime-minister Pham Van Dong.
Since 2016 a partnership evolved between the European Foundation and the Vietnam Film Institute, which resulted in three books, the restoration and Vietnamese subtitling of the Vietnamese films, an international symposium, an awardwinning documentary and the discovery of new facts.
The presentation of the Friendship Medal is supported by the Vietnam Netherlands Friendship and Cooperation Organisation and the Vietnam Union of Friendship Organisations. 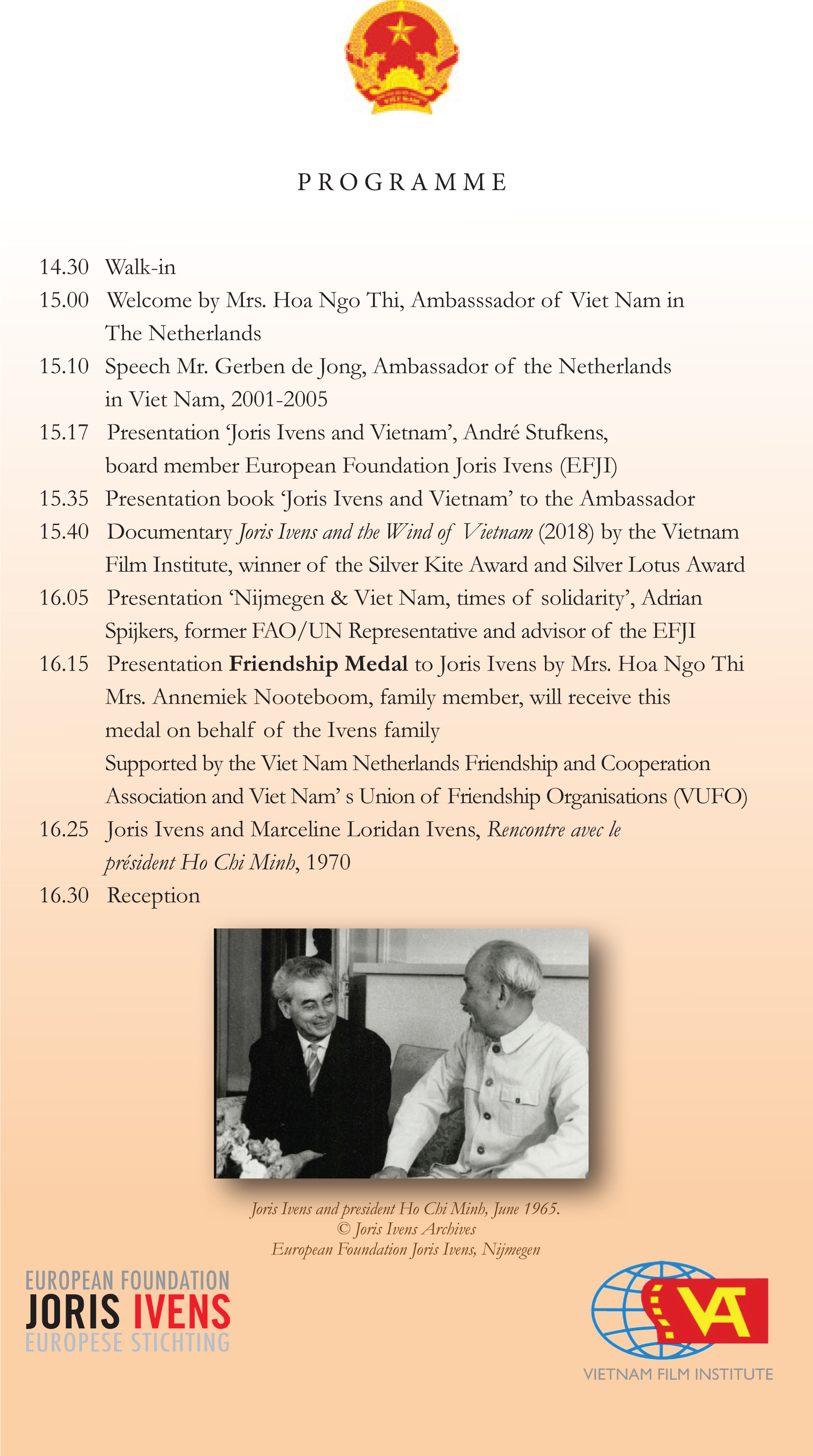