On 28 March the Award Ceremony of The Society of Cinema and Media Studies, the world's largest organisation devoted to the scholarly study of film and media, paid tribute to the best  film scholarship of the previous year. Prof. Thomas Waugh received the best book award for his outstanding book about the complete film oeuvre of Joris Ivens. Maryse Elliott (Amsterdam University Press) and Giovanna Fossati (EYE Filmmuseum Amsterdam), editors of the Framing Film series, attended the presentation. 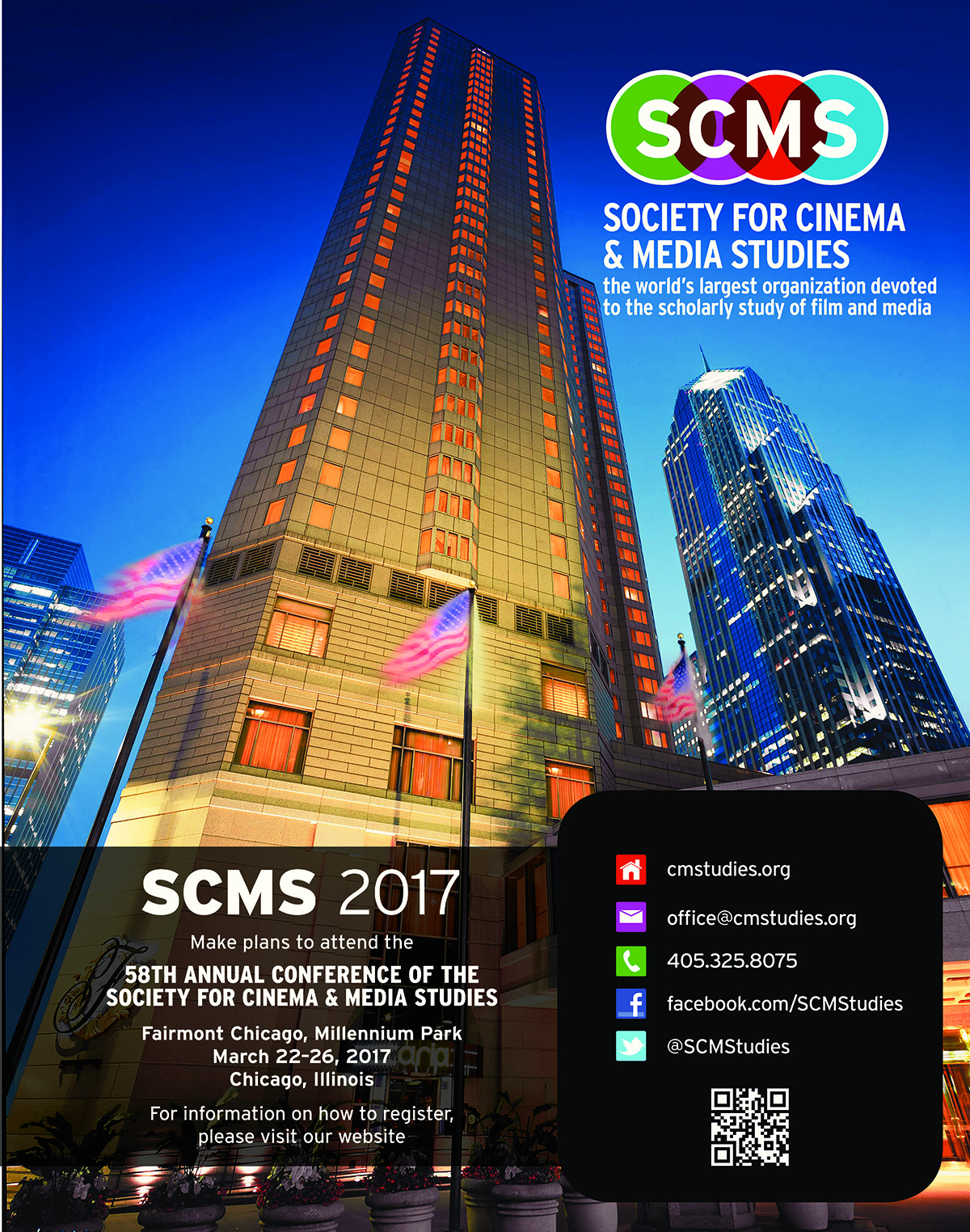 With hundreds of lectures, conferences and discussions this conference in Chicago boasted an impressive display of the best, most stimulating work presently being done in the field, which is at once singular in its focus on visual and digital media and yet quite diverse in its scope, intellectual interests and goals, and methodologies. During the Award Ceremony Steven Cohan, president of the SCMS, presented the awards. Thomas Waugh thanked the Jury with three remarkable lines, covering in a nutshell his scholarly career as well as the context in which he devoted himself to film studies. 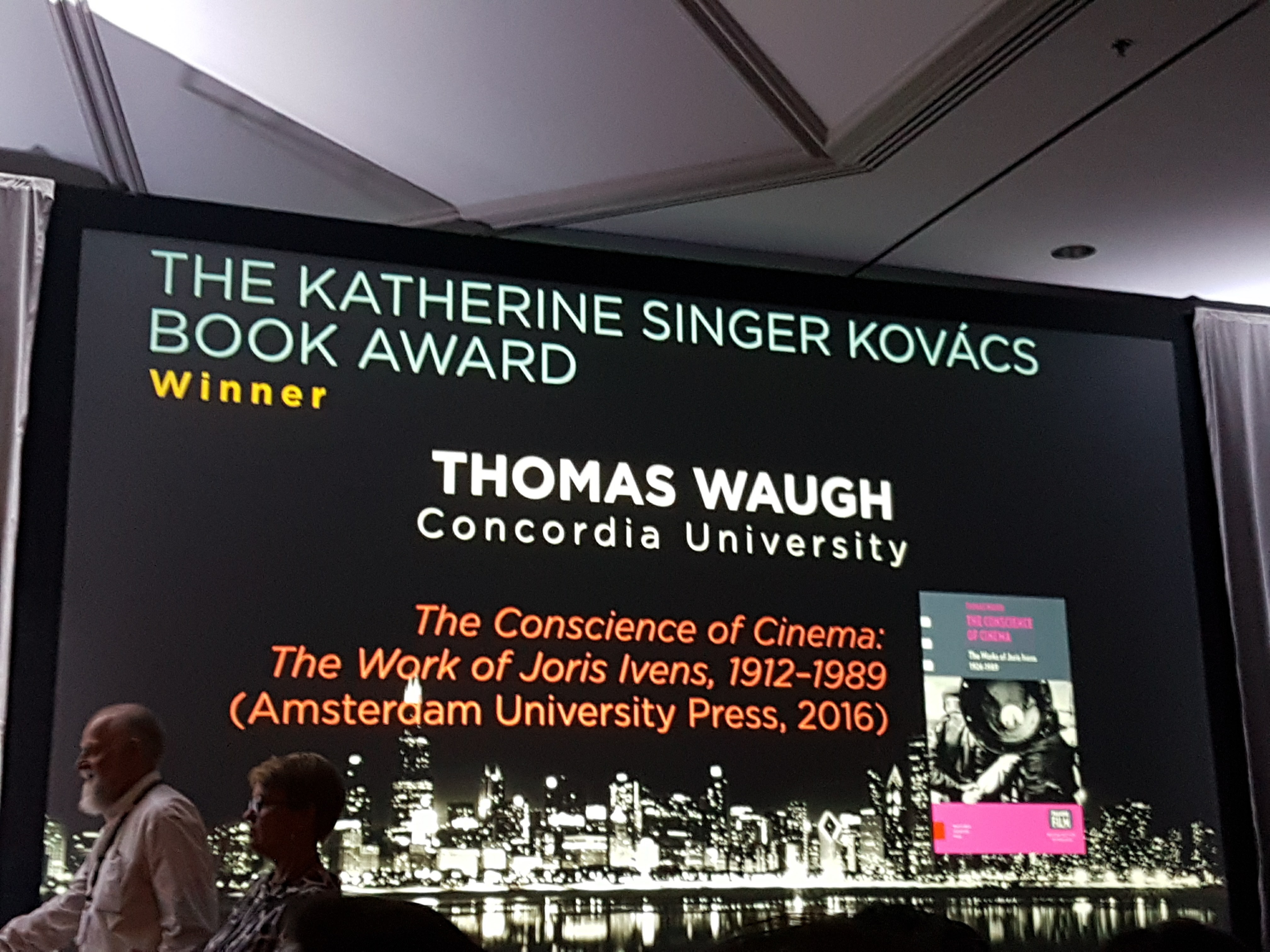 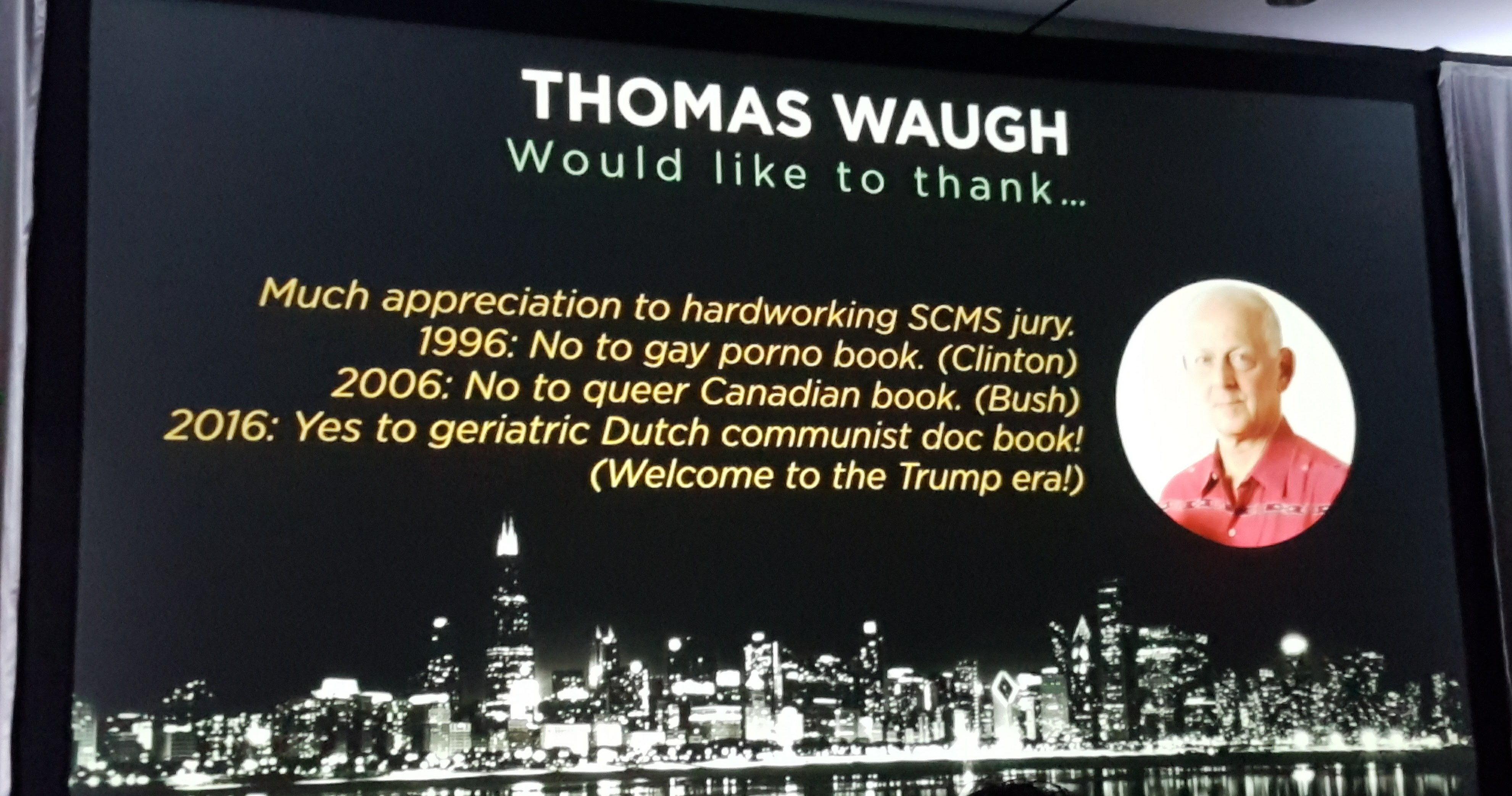 The photo of Thomas Waugh was made during the first Obama era.