The International Documentary Festival in Paris, Cinéma du reel, celebrates its 40th anniversary with a retrospective ‘What is real? 40 years of thinking’. One of the films is Cinemafia. Rencontre 1. Jean Rouch parle avec Joris Ivens et Henri Storck shot on the beach of the Dutch village Katwijk in 1980. Also the competition for ‘Prix Joris Ivens’ (the Joris Ivens/Cnap Award of 7.500 euro) for first films will be presented.

Roger Busschots, together with his brother Robert and with Dirk Nijland, the producers of Cinemafia recollects:

Fraternity of film
Cinemafia, a crazy title for a simple but unusual film portrait of three extraordinary men, playing with words on the beach at Katwijk. What’s getting the three men so excited as they dance with a couple of 16mm cameras, and what brought them to the windswept beach in the first place? They astound one another with anecdotes from their distant filmmaker past, the Dutchman Joris Ivens and his Belgian colleague Henri Storck, urged on by the Frenchman behind the camera, Jean Rouch. The spouses of Storck and Rouch giggle admiringly in the background. Like a trio of bizarre worshippers with fishing rods and a single camera, we bob around the twittering threesome. Nothing leads us to suspect that a piece of history is being written. The film that emerged from this encounter – Cinemafia – was given a standing ovation at the Rotterdam Film festival, was included in the programme of the Berlin Film Festival, and was screened at the Centre Pompidou in Paris during the documentary film festival Cinema du Réel. How did such a maverick production find its way onto the international film circuit?

Honorary doctorate
In 1975, the University of Leiden offered a unique programme within its department of Cultural Anthropology: ethno-cinematography. Professor Adriaan Gerbrands and his assistant Dirk Nijland were responsible for coordinating the programme. The Belgian twins Roger and Robert Busschots were its first graduates. After completing their studies, the twins made films for IKON TV, conducted research for the Museum of the Tropics and edited films for the National Museum for Cultural Anthropology. Robert became a lecturer in Visual Anthropology at the University of Nijmegen. Ethno-cinematography and Visual Anthropology were in their prime.
In 1980, and on the suggestion of Professor Adriaan Gerbrands, himself an anthropologist and filmmaker, the faculty of Social Sciences of the University of Leiden decided to grant an honorary doctorate to Jean Rouch for his influential series of ethnographic films. Dirk Nijland made the necessary arrangements. Jean Rouch invited his friends Joris Ivens and Henri Storck to join him for the event. Roger and Robert didn’t waste a moment: three renowned filmmakers... in Leiden! ‘We have to do something!’ they decided, clicking a 120 metre coaxial magazine into their Eclair-ACL.

To the beach
On the first day of festivities, Roger and Robert filmed the presentation of the honorary doctorate in the Hooglandse Kerk, congratulating Rouch from behind the camera. When it transpired that Rouch was also anxious to do some filming, they agreed to meet and exchange ideas the following day at Hotel New Minerava in the centre of Leiden, where the three famous gentlemen and two ladies were residing. Dirk Nijland from the Institute for Cultural Anthropology also joined the party. ‘What shall we do? Take the cameras on a tour of Leiden’s canals? Look for some attractive locations in the historical town centre and shoot some interviews?’ Rouch assumed command: ‘Si on allait à Katvique? Là où mon cher ami Joris filmait ‘Ze brandingue’ (Branding – Breakers, 1929)? Allons-y!’ And the group headed off. Rouch asked if he could use the twins’ Eclair. ‘Bien sûr’. Robert agreed to take care of the sound with his Nagra. Roger had permission to use the institute’s Beaulieu and Dirk agreed to be his soundman. Agreed! Katwijk here we come. The three erudite filmmakers strike up a conversation, on the exact spot in front of the White Church where Ivens once set up his camera in 1929 for a shot from Breakers. ‘Oui, c’était ici, ici oui’. Breakers, Ivens’ first fiction film, full of passion, dunes, sea. The three embrace, the camera lifted high above their heads: ‘C’est mon anniversaire!’, Rouch exclaimed.

Water binds
What about the montage. Do we have a name for the film? What shall we do? Leave Rouch’s entire take uncut? Just as Rouch himself so often did with his African footage? Or dig up some old fragments and insert them at strategic moments? We opt for the latter, determined to be subtle, unobtrusive. The core of the film was to remain the emotional encounter on the beach, the ambience, the conversation, the wind, the sea, the water. Water, l’eau, is what binds the three men. The elements. Everything fits perfectly. Enthusiasm, love for art, for the equipment, for the relationship between the human person and nature, for the history of film. A pleasure to edit, to play with light, image, fragments, to cut and paste with the Catozzo splicer, the clatter of self-perforating tape, the hustle and bustle around the Steenbeck editing table, the men having fun, excited about their lives; Ivens, Rouch, proud of their achievements; Storck, serious, even timid. An organic film evolved, agreeable and playful, intriguing, sweet and simple. Roger, Robert and Dirk are content.

Ivens, Rouch and Storck, fine people, so committed to the same game of moving images, and to technique, yet so different in terms of character and background. Film binds. Cinemaﬁa a fraternity of film!

The retrospective of ‘What is real? 40 years of thinking’

Lech Kowalski presents A Question of Leadership and Which Side Are You On? by Ken Loach 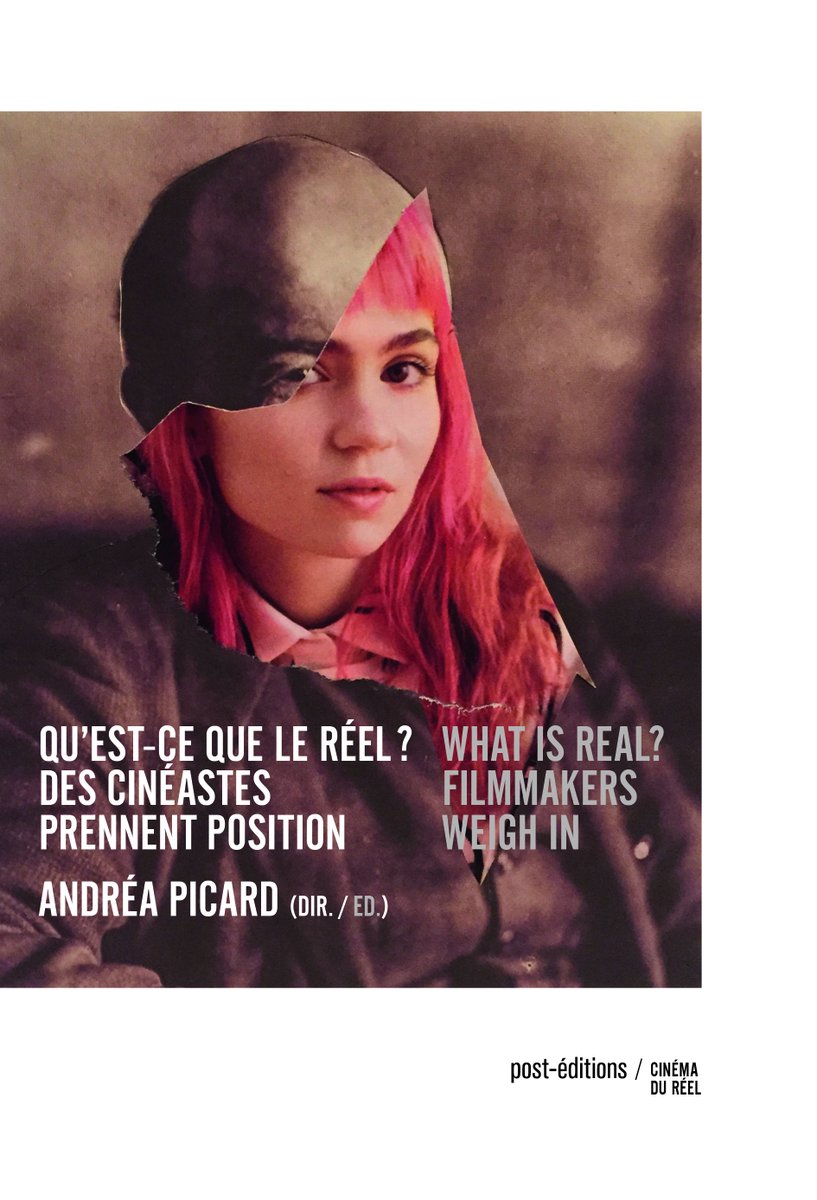