He is doing it again: Günter Jordan, film historian, filmmaker and author of major works about East-German film history wrote another solid book of 700 pages, focussing on Ivens’ German films in the 1950’s. Probably the less researched period of Ivens’ film career. His book ‘Unbekannter Ivens. Triumph, Verdammnis, Auferstehung 1948–1989’ has been commissioned by the DEFA Stiftung and will be published in November.

Rejection and appreciation
Why were the films Ivens made for the DEFA filmstudios up till this publication ‘unknown’, the least shown, the least researched or even the least appreciated? Did Ivens reject his East-German films himself?
During the 1980’s he prohibited screening of certain films he made in the GDR, because he felt these films could cause him political trouble. Some were even labelled Stalinist. On the other hand he stated that his most rejected and less successful films were the most deer to him, similar to what a parent would feel for a prodigal child. In this sense he never rejected these films.
The troubled reception of this period certainly didn’t have to do with the appreciation at the time these films were released. On the contrary, these films received many awards and met Millions of spectators in the Communist world, which at that time covered a large part of the globe with the Soviet-Union, China, the Eastern-Block, Western-European countries with strong left wing parties and a lot of Third World countries fighting for independence against neo-colonial oppression. Song of the Rivers (Lied der Ströme, 1954) for instance must have been seen by some 250 Million spectators around the world, according to impressive figures of the commissioners themselves.
Also Ivens himself was awarded within the context of this system and became a leading figure in the film production. However as soon as he broke with the political line of the Soviet-Union and embraced the Chinese political policies, which became apparent when he supported the Prague Spring in 1968, he became persona non grata in the GDR, never to enter the GDR anymore. 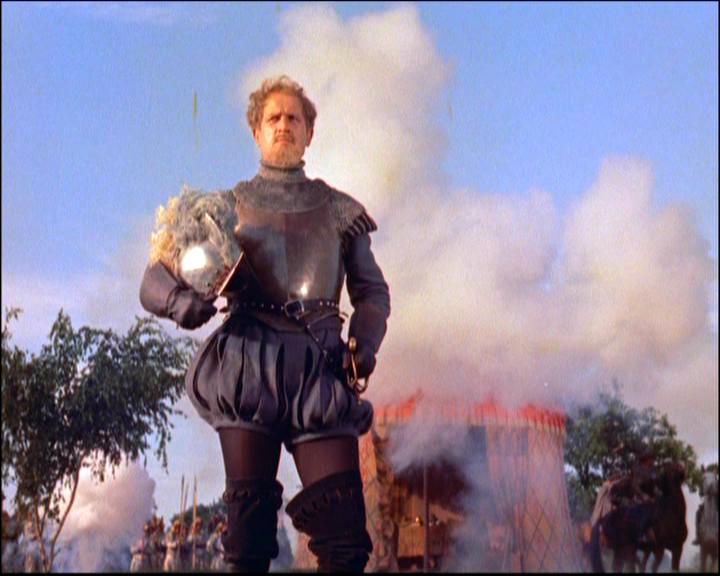 A for Ivens unexpected homage to the Prince William of Orange as protagonist in the feature film Till Eulenspiegel (1956), an international co-production of DEFA and Ariane.

When Ivens started to work for the Berlin based DEFA filmstudios in 1951 his documentary style had already taken shape. He was no longer the avant-garde pioneer of the 1920’s and 1930’s. Documentary film and documentary filmmakers had conquered in only a few decades a fundamental  position within the cultural landscape. Mostly because documentary film was increasingly used by governments for educational and propagandistic purposes during the Second World War and the years of reconstruction.
The classic documentary style with not-synchronic sound, well composed pictures and lighting, the ‘voice-of-God’-voice over and objective camera techniques is characteristic for this period, avoiding experiments and confusing modes of interpretation and imagination. Ivens used a broad spectrum of -even opposing- film modes ranging from film poetry, newsreel, reportage, compilation film, re-enactment up to even feature film. This wide range of styles makes this period as interesting as all other periods in Ivens’ career.  Soon the generation of the 1960’s took over and made this film style suspected, irrelevant and outdated, using themselves new hand-held cameras with direct sound. Also Ivens himself changed his film style in this way, not only due to new film technology, but also as a reaction on television.
This new aesthetical paradigm of documentary film as direct cinema is probably the main reason why the East-German period of Ivens was for a long time neglected.
Nowadays a new appreciation of various artistic developments during the 1950’s makes a more balanced judgement possible. 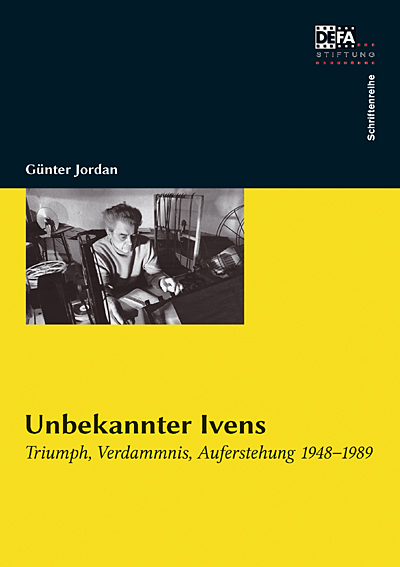